Master a Second Language: Get an Ideal Job 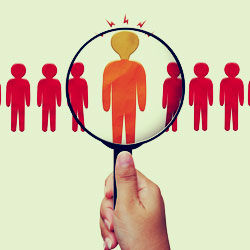 Master a Second Language: Get an Ideal Job

Thanks to globalization, knowing other languages ​has forced us to be bilingual and almost forget our mother tongue. It is definitely a big advantage when looking for a new job.

Numbers do not lie. Right now, nearly 60% of the jobs require the candidate to master a second language.

English and German are taking the lead in the list of the most popular languages ​​for employers. This is especially true in regard to the sectors of engineering, finance, new technologies and health.

However, according to recent surveys from Adecco, infoempleo and the Center for Sociological Research (CIS) in Spain, five languages will prevail among job seekers in 2016.

To our surprise, these languages are: Italian, Portuguese, German, French, and the ever-present English.

Master a Second Language: Enroll in a language course

Eighty-nine and a half percent of current vacancies require a second language. So it is time to enroll in the course of their choice. French makes the list being the official language in more than 30 countries. It is one of the five official languages in The United Nations. It is also outstanding in the field of tourism and pharmaceuticals.

German is the second most spoken language in Europe. It is also highlighted in the tourism sector, as well as those mentioned above.

Perhaps most striking thing about this list is to meet with the mother tongue of all grandmas, Portuguese. It has has had an impressive boom in these recent years in Europe, especially in Spain.

The heyday of Brazil as the first power economy in Latin America led them to appear in this little list. Portuguese is the official language in six countries, the near future looks very good for this language.

Is there anything else we should say to make you hurry and learn a second language?

If you need a little extra motivation, Laura Centeno, Country Manager for People Working, indicates that a bilingual person could earn 20% more than those who speak only one language.